Chess games of the rich and famous: Max Ernst

Pattern on the wall is created by the unique louvers in the ceiling, designed to let in natural light, but avoid direct sunlight which might damage the art.

The Nasher describes the work:

Like many of Ernst’s sculptures from this period, The King Playing with the Queen features an assemblage of diverse forms cast from containers and household objects. In a playful allution to the Surrealist love for the game of chess, a large, horned king rises out of a flat, tabletop arrangement of elements resembling a game board. He is at once the only player and one of the game pieces. This witty evocation of gamesmanship also intones darker themes of sexual manipulation and dominance. The king reaches out to grasp and move the much smaller queen, and at the same time, deceptively conceals another piece behind his back.

Chess games of the rich and famous: Daumier’s Parisian players 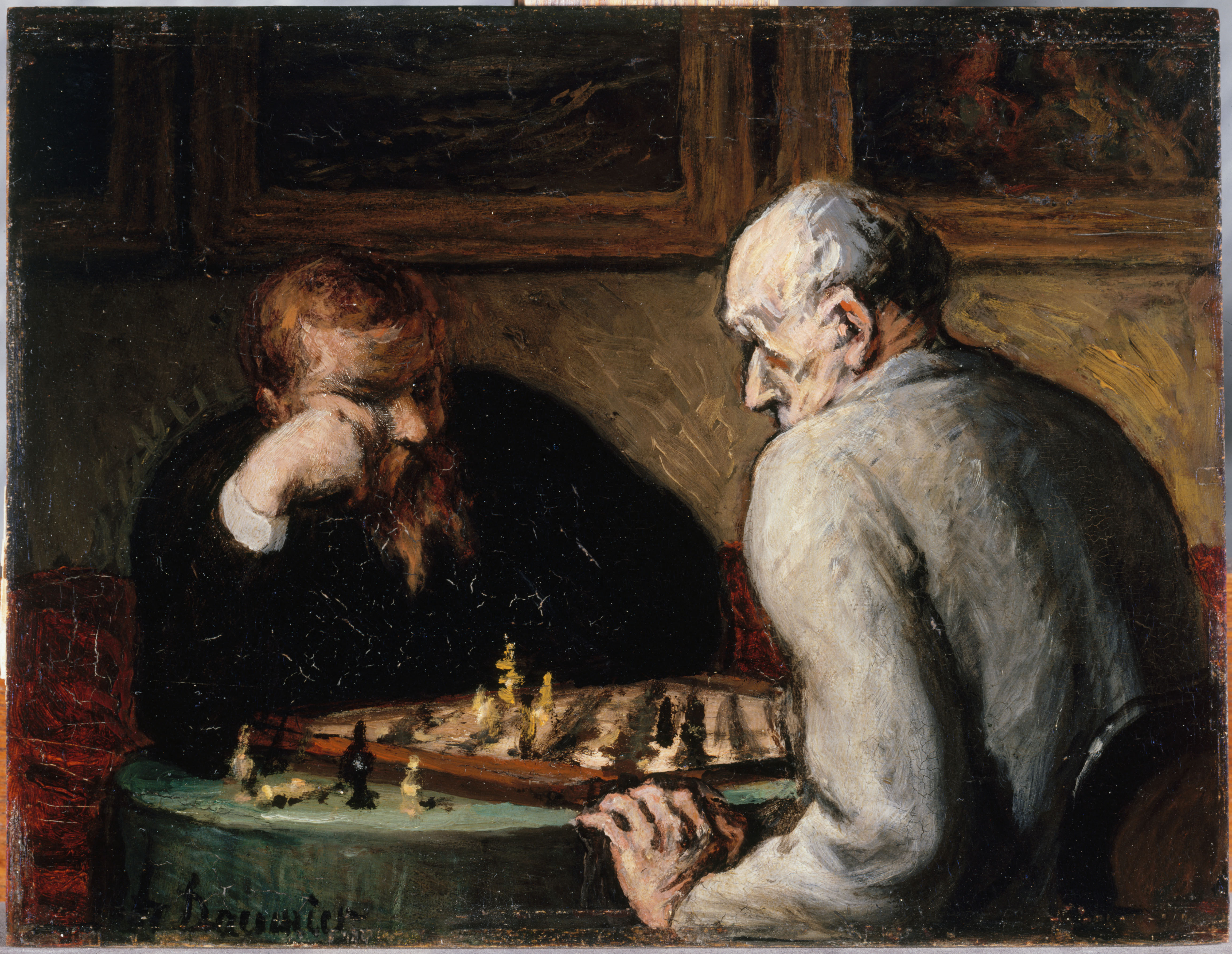 You can find these two men playing chess in the Petit Palais, Paris.

Chess games of the rich and famous: Mussolini, Stalin and Hitler divide the Balkans 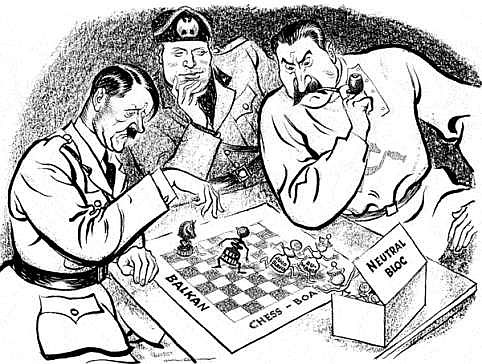 Cartoon by the great Leslie Illington, probably in Punch Magazine, 1941. “In 1940 and 1941 Germany and Italy started swallowing up the Balkan countries. Russia frowns.” Image from Pictures from War and History

Chess games of the rich and famous: John Wayne, “The Longest Day”

Chess games used to play a big role in Hollywood movies — behind the scenes, usually. Cast members and crew on films often kept games going in the long down-times required in movie making, while lights were set up, sound issues were worked out, weather conditions changed, or other actors filmed scenes without those at the chess board.

John Wayne may be the most-photographed movie star at chess boards. He loved to play, and he played with anyone good on the sets of many of his films.

Here is a still photo of Wayne and two other actors, on location in France while filming the 1962 film, “The Longest Day.”

John Wayne and two other actors (who are they? Jeffrey Hunter in the middle? Stuart Whitman on the right?) on location for “The Longest Day,” playing chess between scenes. Image from MyFrenchFilmFestival.com

Chess games of the rich and famous: Gary Johnson 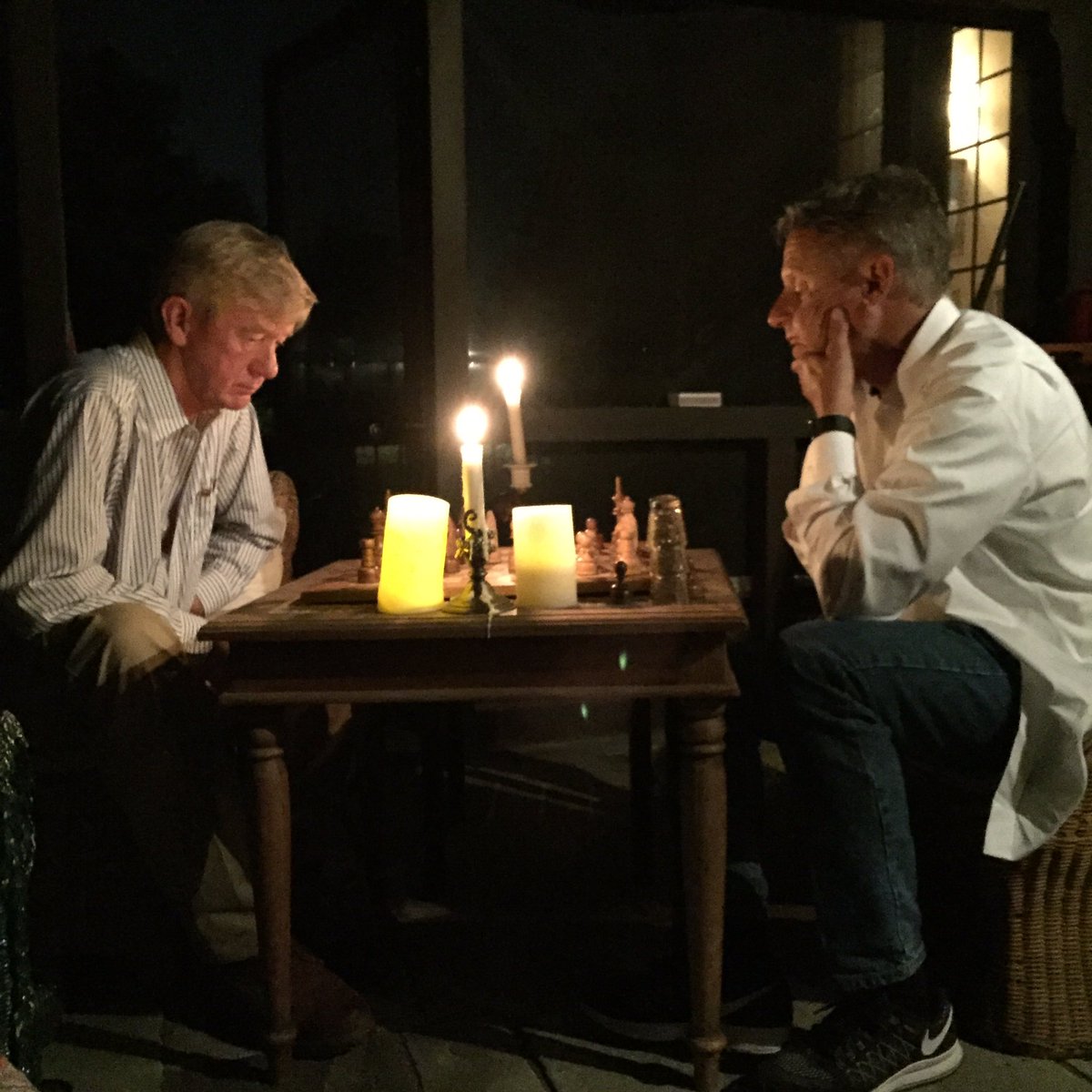 Twitter caption: “What does #TeamGov do after two rallies, a couple dozen interviews, and 4 or 5 hours on the road? #Chess.” Johnson in sneakers on the right. Who’s he playing against?

Nice qualifier for a presidential candidate. It is reputed that some of our better presidents were players of chess, but it’s difficult to find photographic evidence of it, or sketch or drawing evidence for those before 1840.

Chess games of the rich and famous: Attica Prison, 1972

Well, maybe chess game of the not rich and not famous. 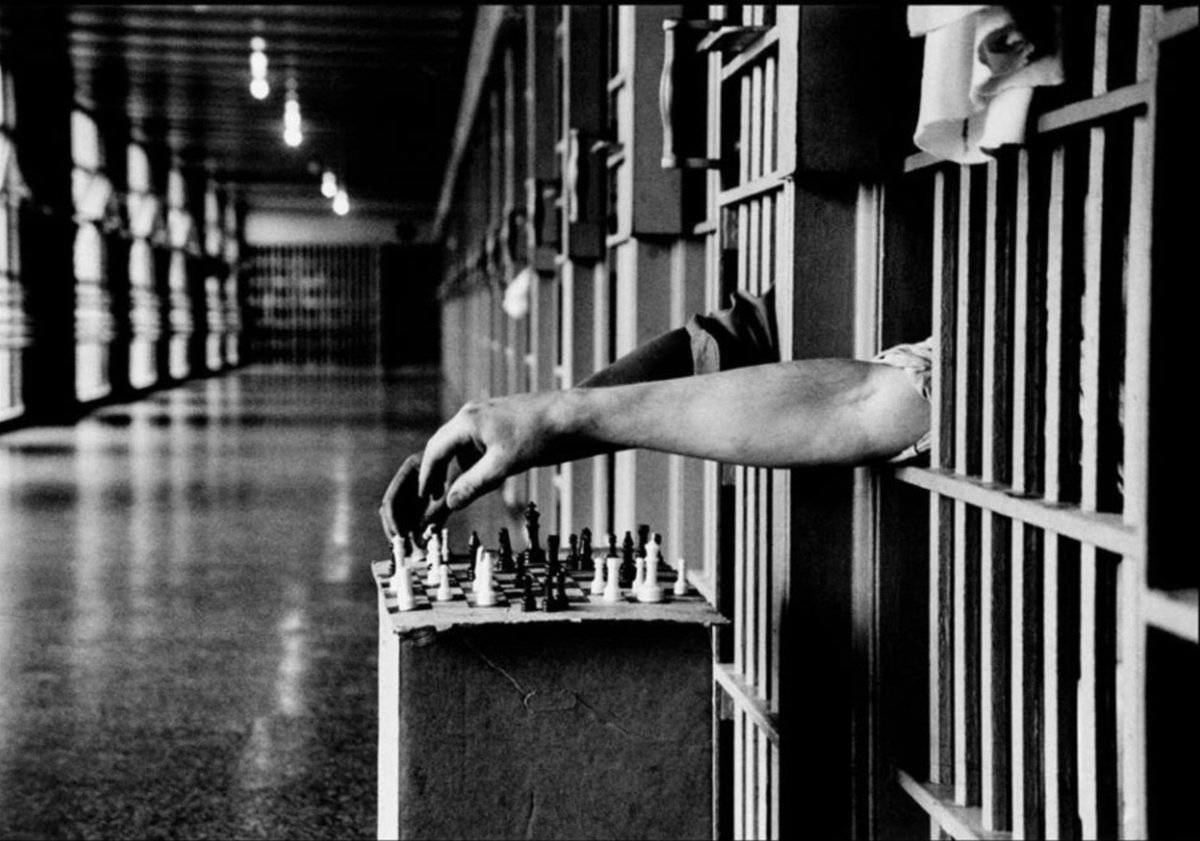 Chess is a great way to soothe a fevered mind, relax, and strengthen reasoning skills.

Cornell Capa (April 10, 1918 – May 23, 2008) was a Hungarian American photographer, member of Magnum Photos, and photo curator, and the younger brother of photo-journalist and war photographer Robert Capa. Graduating from Imre Madách Gymnasium in Budapest, he initially intended to study medicine, but instead joined his brother in Paris to pursue photography. Cornell was an ambitious photo enthusiast who founded the world-known International Center of Photography in New York in 1974[2] with help from Micha Bar-Am after a stint of working for both Life magazine and Magnum Photos.

I wonder who were the two men playing the game? What happened to them?

Chess games of the rich and famous: Confucius and Einstein

Another fictional match, perhaps with some wry commentary on the differences between the Orient and the Occident: Sculpture showing Confucius and Einstein engaged in playing chess.

Confucius ponders his next move in a Chinese board game, while Einstein ponders his move in chess, on the same board. Sculpture at the campus of UTAR, a university in Kampar, Malaysia. Image via Harp of Ten Strings.

Interesting sculpture, purely from the imagination of the artist. Confucius and Einstein are separated by 2000 years. Surely someone, somewhere can explain the meaning of the two different games on the same board.

Einstein is known to have played chess, but I have been unable to find any photographs of him engaged in the sport.

Another view of the Malaysian sculpture of Confucius and Einstein playing chess. From Panoramio, photo by wkh0522

Tip of the old scrub brush to Florence Kuek at Harp of Ten Strings.