Wherever it can, life blossoms


Oops. Misattributed, misidentified photo. Turns out this is really from the Atacama Desert in South America. Point still stands, but I got hoaxed on the identification of the photo.

Even just in cracks in the desert clay.

Hmmm. Too far south, too dry an area for me to recognize the species right off the bat. Anyone got suggestions?

Utah.com lists the days in the coming year when entry to National Parks is free. Utah.com is a promotional site for Utah, where several National Parks are big tourist draws — so they have a bias.

Alas, only four days so far:

There’s a lot to see in Utah’s mountains and redrock country — and that doesn’t include the Great Salt Lake and the Salt Flats.

Milky Way at the Canyon of the Ancients National Monument

Interior’s great photographer Bob Wick is at it again, this time in Colorado: 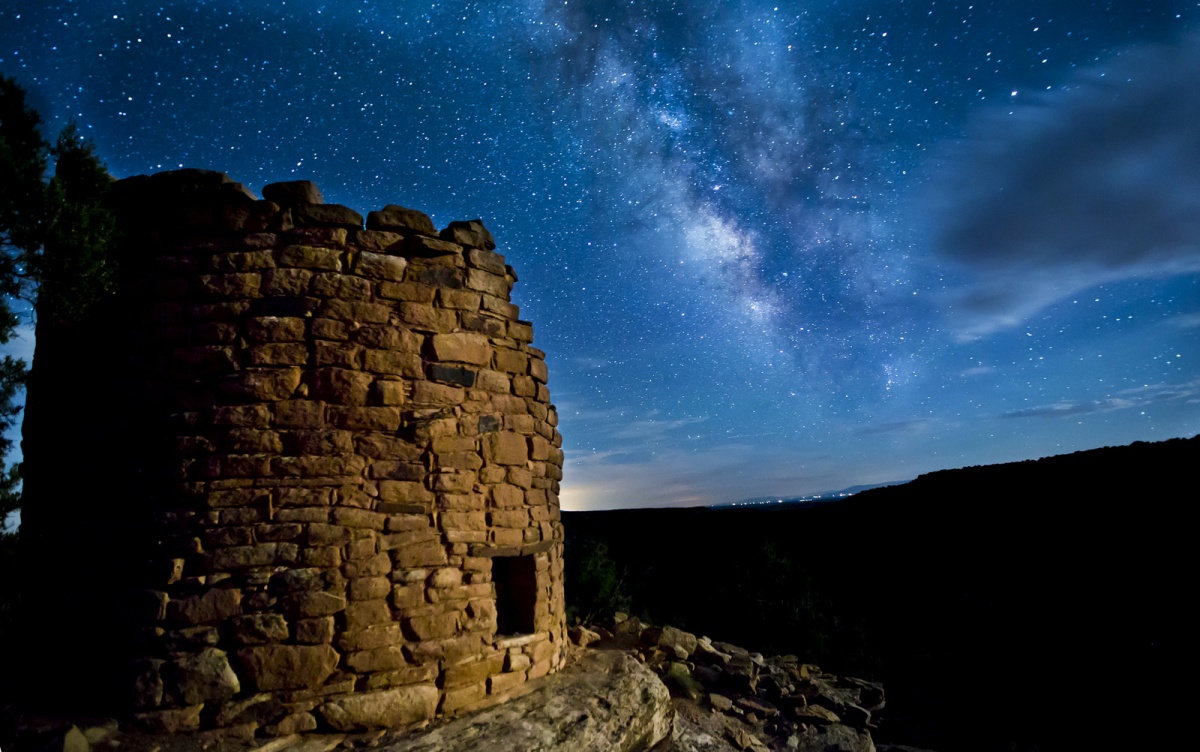 Archaeological site at Canyon of the Ancients National Monument in Colorado. Photo by Bob Wick, Bureau of Land Management.

This photo is featured in a story from the National Park Service about celebrating Native American Heritage month, which is November.

It’s beautiful, and it’s a reminder that Earth’s atmosphere is a giant pool of fluids, stuff flowing all the time.

MNN, the Mother Nature Network, alerted MFB to the film, and said:

The creators of “SKYGLOW,” a crowd-funded project showing the impact of urban light pollution through time-lapse videos, photos and a book, have another stunning video to share. In “Kaibab Elegy,” filmmakers Gavin Heffernan and Harun Mehmedinović visit Grand Canyon National Park and capture a rare weather event.

In the mesmerizing video, clouds build inside the canyon almost like bubbling water filling a jacuzzi as the sun rises and sets in the background, creating the pinkest sky you’ve ever seen. Those clouds roll like waves in the ocean and crash against the cliffs. This phenomenon is called full cloud inversion, and it happens when cold air is trapped in the canyon and topped by a layer of warm air, which combines with moisture and condensation.

“We were extremely lucky to be there to capture it, and it’s a collection of unique footage not found anywhere else,” Mehmedinović says.

He and Heffernan, who journeyed 150,000 miles around the globe for their new book and video series, work with the International Dark-Sky Association, a nonprofit fighting to preserve the dark skies around the world.

Near where I first saw the Milky Way, on my Snake River. 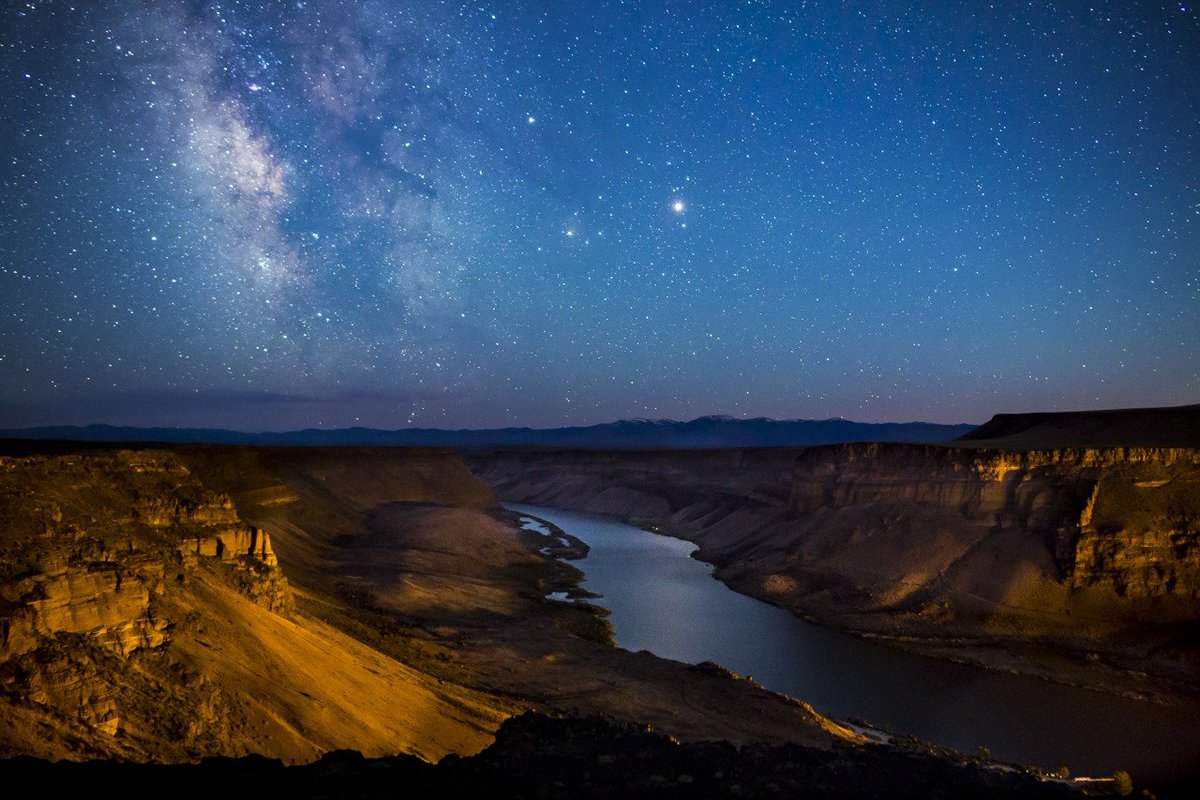 The photo is by Bob Wick, the great public lands photographer whose work highlights BLM and other public lands sights.

mypubliclandsHappy Friday from BLM Idaho! On day five of our @mypubliclands Instagram takeover we are soaring over to Morley Nelson Snake River Birds of Prey National Conservation Area.

The deep canyon of the Snake River, with its crags and crevices and thermal updrafts, is home to the greatest concentration of nesting birds of prey in North America – and perhaps, the world. The BLM’s mission here is to preserve this remarkable wildlife habitat, while providing for other compatible uses of the land. Some 800 pairs of hawks, owls, eagles and falcons come each spring to mate and raise their young. The area truly exemplifies “nature in the rough,” with few public facilities. However, the birds and their unique environment offer rich rewards to those willing to experience this special place on its own terms and who have patience to fit into the natural rhythms of life here. Photo: Bob Wick

Milky Way over the Vermilion Cliffs

Oh, there’s a little technical wizardry involved in this one, stitching it together.

White Pocket in the Vermilion Cliffs National Monument, Arizona. Brilliant photography and stitching by Dave Lane Astrophotography, via the U.S. Department of Interior.

Located in a remote and unspoiled part of northern Arizona, Vermilion Cliffs National Monument is a geologic treasure. For those who can’t get a permit to places like The Wave, White Pocket is an equally stunning place to explore — day or night. Pictured here, the area’s unusual rock formation is crowned by the Milky Way with Saturn, Mars and the Rho Ophiuchus region all visible. Multi-image photo (42 images stitched together in a 6 x 7 matrix) courtesy of David Lane (Dave Lane Astrophotography).

Tip of the old scrub brush to Kathryn Knowles. 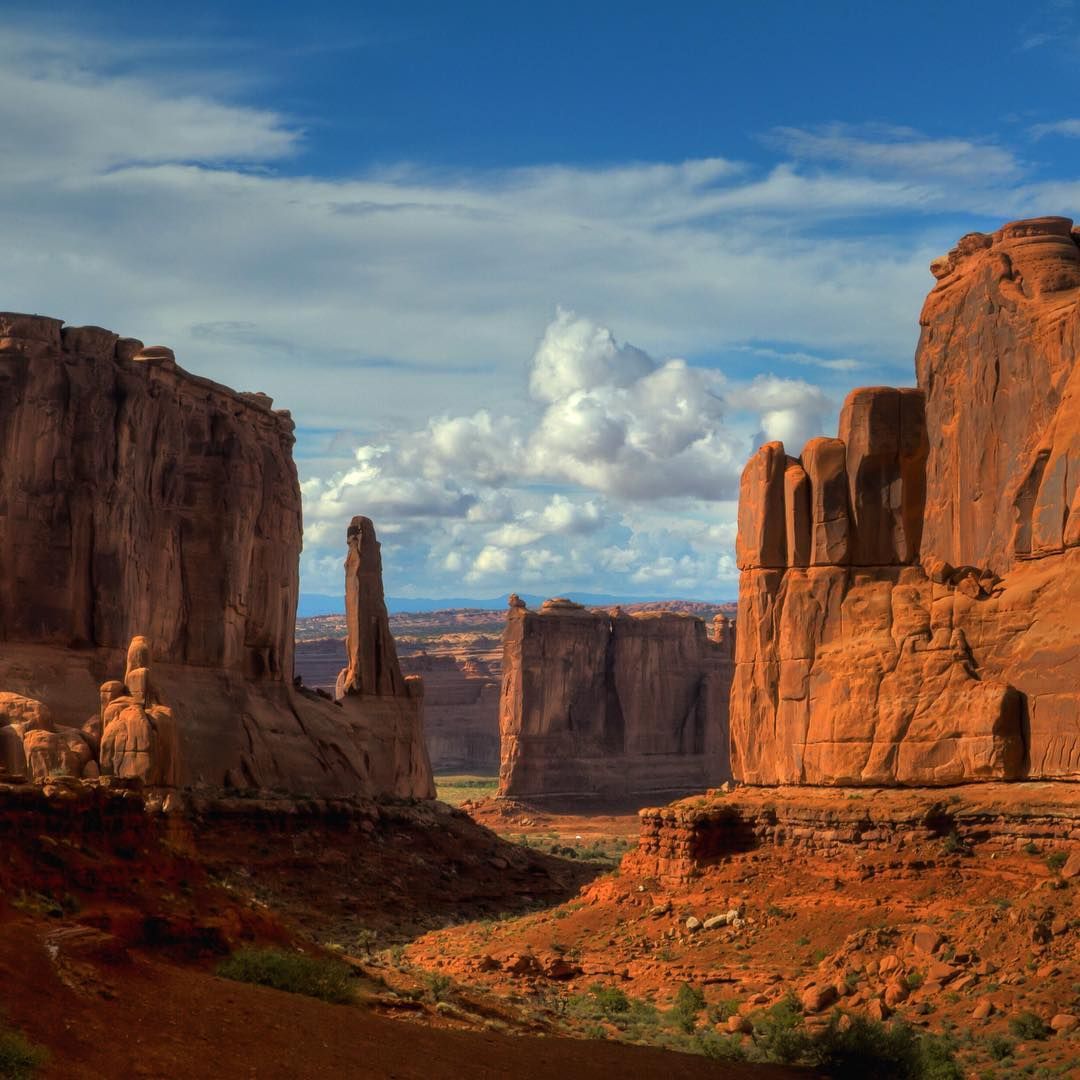 From Interior’s Facebook feed: The massive sandstone monoliths along Park Avenue Trail at Arches National Park in Utah have imaginative and descriptive names. You won’t regret this easy one-mile hike. Where else can you walk in the shadows of the Tower of Babel, the Organ, the Three Gossips and Sheep Rock? Photo by Bud Walley (www.sharetheexperience.org). — at Arches National Park.

And a reminder that Utah’s Sen. Mike Lee and Texas’s Sen. Ted Cruz think this land should be developed. Want a condo on that cliff?

I’d prefer to hike it. I’d prefer to know it’s there, available for hiking without development, even when I can’t hike it.

It’s your public land. You get to use it, undeveloped, or you don’t get to use it if the land is developed. We still have a voice, and time to speak.